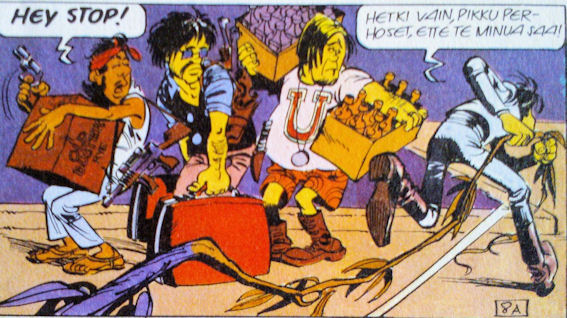 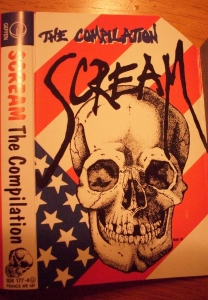 L.A. is really starting to turn in on itself and is producing great rock n' roll and great night life. The Scream club has been a catalyst for L.A.'s new musical era. Attitudes are changing, people you meet are awfully proud that L.A. Is no longer in the musical shadow of New York. At one end of the city you still get the beach and the tan, but downtown you get maniacs with guitars that can break bones in 20 places.
At Scream there are many rooms on many floors, though how many there are of each isn't easy to tell.

Every Scream night there are band rooms, video rooms, a room with nothing but a huge white skull, a room where a 50-piece piccolo marching band from Watts rehearses (they've been rehearsing for eight months but have never performed). There is also a tattooing room that only lets you in if you already have a large tattoo, and a room where a man dressed as Jesus with a life-size cross on his back crawls around on all fours begging for someone to buy him a gin and orange juice. There is also a room where you can get your legs shaved for a dollar.

The bands and their music somehow tie the whole scene together. These various performers include elements of blues-rock, industrial, metal, dark and whatever else they utilize to achieve their ultimate sound.
This record aims at showcasing the most promising of our local bands and demonstrating the diversity in music and attitudes in this city.